Sara likes to talk. Actually, Sara likes many things: weddings, her childhood beach holidays, Karaoke, pains au chocolat, sunbathing on her balcony, and… being a paediatrician. This is not an exhaustive list because the hard-working doctor likes to live a life of purpose, but she does not forget to take advantage of the many pleasures available during our earthly journey. 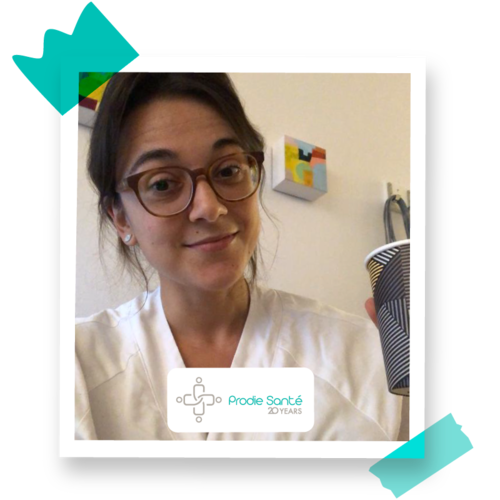 She clearly remembers the day she was diagnosed with type 1 childhood diabetes, which means the pancreas cannot produce enough insulin. This hormone helps to transform sugar (glucose) from food into energy for the body. She was 13 years old and had been urinating seventeen times a day and feeling an uncontrollable thirst for quite some time. Those are the first frequent symptoms of diabetes. The excess of sugar that accumulates in the blood gives a lot of work to the kidneys that, when trying to eliminate it, drag the fluid from the tissues, causing dehydration of the body.

On one occasion, while visiting her paternal grandmother, her aunt, that was also present that day, discretely and wisely suggested using granny's blood glucose monitor. She suffered from type 2 diabetes, a form of the disease that is more common in older people and is not insulin-dependent but requires regular monitoring, a strict diet, regular physical activity and medical treatment. The result of that home test was quite surprising: Sara's blood sugar level was excessively high: More than 600 mg/dl (that was also the highest level that the monitor could detect) when the expected results were between 70 and 110 mg/dl. Thankfully, the doctor the family consulted to explain these results was very didactic and reassuring. "Your body no longer produces insulin, so we will have to provide that insulin artificially and take care of your diet a little more, but that's all." Sara doesn't recall being worried about the diagnosis, but she remembers being annoyed at having to avoid the pains au chocolat. "That was the only thing that really hurt me," the doctor laughs. At first, the tricky thing was learning to control sugar levels, but Sara always assumed and normalized the process in a surprisingly mature way for her age. Back then, she thought, "I have to live with this, and that's the way it is ». With remarkable resilience, she got used to organizing her life and always getting ahead.

Her parents enrolled in a local association for relatives of diabetics. Sara explains that, as a paediatrician, she knows that parents always have a lot of questions and that it is essential to take time to be with the families and address their concerns. "It is a long learning process that has to be done in stages", she adds, because, beyond treatment, diabetics require continuous supervision and support to control their condition and avoid complications. Sara takes care of young patients when they arrive at the emergency room, establishing a diagnosis and sharing the results with tact, trying to be as clear and pedagogical as possible. "Some parents when they arrive at the hospital already suspect that their child has diabetes, but they have difficulties assimilating the news because they are afraid or in shock. It is even more difficult to process for parents of very young children. I once had the case of a 1-year-old with diabetes. It is very hard". In Sweden, where she works, the young patients are admitted for a few days once the crisis is controlled in the emergency room. Then, a new cycle begins and the doctor gives the patient and his family all the information about the treatment, the new techniques, the medical equipment available. It prepares parents and children to adapt to these new routines. In a study carried out in the hospital where Sara works near Stockholm, the families evaluated this first contact with the hospital. The continuous monitoring and the quality of the relationship with the medical staff were considered extremely important.

For Sara, it is crucial to understand that "diabetes doesn't have to be self-limiting. Your life will not be the same, you will have to adapt to new circumstances, but you will be able to do the things you like. I say this because it is not obvious for everyone". When she started in paediatrics, the doctor had an interview in a hospital where they tried to dissuade her from choosing that speciality.  Apparently, "diabetes was going to affect her work". The long wards would disturb her health. Sara simply replied she disagreed and all she was going to need was to control her sugar levels more often. "I can do it". She was right. Sara finished her speciality in Sweden after completing her studies in Spain. She says although diabetes might have played a role when she chose her profession, she never changed her plans or, stopped herself from doing anything. 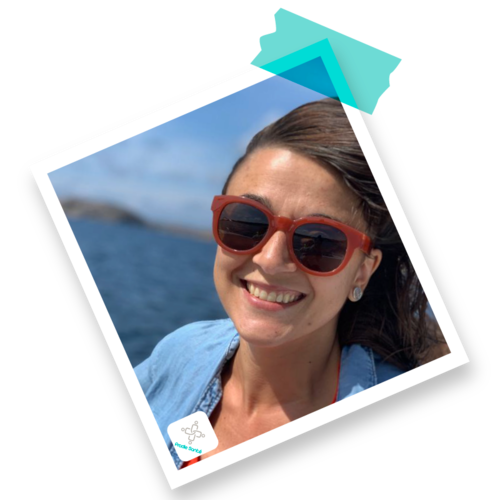 In 2018, she decided to go to Kenya on a humanitarian mission in the rural town of Mutombo, 230 kilometres from the capital, Nairobi. It was harder to control her glucose level, and she had to face a new difficulty: Access to medical care. One hundred years after the discovery of insulin, millions of people with diabetes worldwide are unable to access the primary care they need. This violent and unfair situation also made her realize what a lack of access to basic medical care means in people's daily lives. At Mutomo, access to insulin is difficult because it is expensive, and refrigerators are not common, making it difficult to keep. For children being diabetic often means a death sentence. "There is so much to do that you don't know where to start. You must be very versatile and able to adapt to the needs that are great. You feel very efficient and valuable and at the same time terribly useless and powerless when confronted to the lack of resources". The contrast with the West is abysmal, and the return home can be hard to handle.

The doctor knows it is urgent to increase the access to diagnosis and treatment of this chronic disease, particularly in low- and middle-income countries to reduce its complications and improve people’s quality of life. In fact, studies have shown that approximately one-third of people with type 2 diabetes are undiagnosed and already have complications at the time of the first diagnosis. As if that wasn’t enough, according to the Diabetes Atlas, the number of people with diabetes is on the rise and will reach 109 million by 2040.

Sara remembers a publicity campaign for a diabetes association that took place in Sweden a few years ago. The picture showed a little girl, and the message was, "poor Anita is going to receive more than 1000 punctures in her life. Make a donation". It made her very upset, and she decided to write to the campaign's director. "It is a form of stigmatization of diabetics! We stop being people to become victims for whom people must feel sorry. "She disliked this approach mostly because she found it counterproductive. For her, if people with diabetes have adequate and regular access to the information they need and to good treatment, they can live a full life and have all sorts of projects and challenges. She proved it. Recently Sara gave birth to a little girl named Eva. Pregnancy can be more complicated for people with diabetes. However, that was one of her dreams, the kind of dream that changes your life and fill you with the most profound happiness.

Today the tenacious Sara looks at her daughter with pride and whispers in her ear, "where there's a will, there's a way."