The FMIC was inaugurated in 2006 by La Chaîne de l'Espoir and provides 160 beds, including 61 in paediatrics, 16 in intensive care, 52 beds in the gynaecology-obstetrics unit, 14 beds in neonatal intensive care, as well as 6 operating theatres, a medical imaging unit, a laboratory and a pharmacy. In total, more than 500 people work there, the majority of them are Afghan doctors. Since its opening, missions by French and international specialists (surgeons, doctors, nurses, pharmacists, biomedical engineers, etc.), involving an average of 150 expatriates per year, have been carried out to support the local teams.

As part of our partnership with La Chaîne de l'Espoir, Prodie Santé has sent several obstetrician gynaecologists (OB-GYN) to the maternity ward of the French medical institute of Kabul.

Here are the portraits of three courageous women that have collaborated in this project:

Agnès Simon, medical coordinator and project manager of the Mother and Child programme of the association La Chaîne de l'Espoir from 2016 to 2020

A woman of action 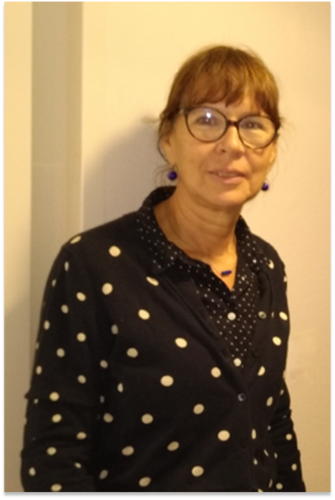 At Prodie Santé, Agnès is our contact with La Chaîne de l'Espoir. In spring 2019, part of our Canadian team organized a meeting with her in Paris. Since then, the bond has never been broken.

Agnès has a contagious energy. She instantly draws you into the projects that are close to her heart. Her functions at the FMIC in Kabul are multidisciplinary: project coordinator and midwife, she seems to handle smoothly her many roles. Besides, Afghanistan is not her only mission. She travels several times a year to explore other countries where La Chaîne de l'Espoir runs projects. Despite the pandemic, she never stopped working. In fact, she decided to return to Pitié-Salpêtrière University Hospital, in Paris, while remaining available to volunteer in Afghanistan during her holidays but there were fewer flights, and her last mission in Kabul took place in January 2020.

In Kaboul, the institute is run by local medical teams. The hospital is very proud of the head of the obstetrics department. She is a very experienced Afghan woman with an excellent professional reputation. To meet the needs, the team of anaesthetists has  also been strengthened. However, Agnès explains that there is still a shortage of obstetricians and gynaecologists who agree to stay for longer periods. Long-term missions are needed; they facilitate the doctor's integration in the hospital, promote trust in doctor-patient relationship, and represent an opportunity to share knowledge about surgical techniques that the local team does not necessarily master. Therefore, La Chaîne de l'Espoir gives an organizational and training impulse to the FMIC. Still, it does not have a direct impact on the day to day running of the hospital.

The patients come from all social backgrounds in Afghanistan. Some have to travel across the country to receive medical treatment. This was the case of a father who walked from the province of Sar-e Pol to the capital with his child on his shoulders, for several nights, to avoid bad encounters in this war-torn country. When he finally arrived at the institute, the man had the traces of his son's arms around his neck. He had clung fiercely to his father's body all the way to the city and left an ephemeral trace on his skin.

When people come from far away, they are often redirected to the Women and Children's Pavilion [Pavillon des Femmes et des Enfants]_a project of La Chaîne de l'Espoir where patients who have to undergo an operation can wait. These women and children suffer from illnesses that are often at a very late stage and need to be treated quickly. Once the operations have been performed, these patients, who need to rest, are monitored until they are discharged. The Pavilion provides basic health services, but most of the healthcare is delivered within the hospital. Nevertheless, many people staying at the Pavilion come from distant provinces, with no infrastructure, and have been sent there by partner NGOs of La Chaîne de l'Espoir such as the Red Cross or Terre des Hommes. Upon arrival, they stay at the Pavilion for additional examinations.

Agnès has anecdotes for each day spent at the FMIC. Her role as a midwife is really part of who she is. What is most striking about her is that she still plans to return to Kabul despite the pandemic and the signs indicating that violent escalation is imminent after the departure of American and OTAN troops from the country and the Afghan security forces from certain checkpoints, exhausted by the constant Taliban attacks. Agnès has chosen to devote her days to helping others. In Paris or Kabul, she builds bonds with people who are lucky enough to cross her path. Those are bonds that set you free.